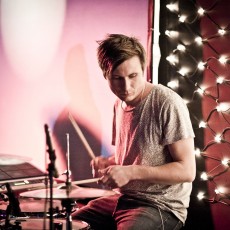 I offer drum tuition for all ages from complete beginner to the more experienced. I cover all aspects of drumming and will work to tailor the lessons for the desired direction. I will cover technique, rudiments, reading music, modern electronics (triggers, etc) and will work through many different styles and genres depending on the tastes and desires of the student. I also offer tuition and guidance on drum tuning and drum recording techniques.

I am based at 95 Woodstock Road, which is a 5 minute walk from Finsbury Park Tube Station on the Victoria and Piccadilly Lines. I am available to teach lessons from this space, which is equipped with my Ludwig Maple Classic drum kit and Zildjian cymbals. It also has a PA system set up for playing along to pre-recorded music. I am also available for home visits and am very happy to travel anywhere within London.

I provide all study materials and will be keen to discuss a plan of action to work to the student’s needs.

I have a full CRB check with up-to-date certificate.

I teach at a fixed location (studio)

My studio is equipped with my Ludwig Maple Classic drum kit, roland electronic kit and Zildjian cymbals. It also has a PA system set up for playing along to pre-recorded music.

Guy has been behind the drum kit in various musical projects from the age of 13. He moved to London to train as a drummer at Drumtech in Acton and completed the Undergraduate Diploma course in 2002. He then started working with the indie band The Molotovs. Fierce Panda Records released their debut album, ‘And the Heads Did Roll’ in 2009, which included the singles ‘Come to Grief’ and ‘City’s Guest’. All drums for this record were recorded by Guy at Fortress Studios.

In early 2010 he co-founded Zulu Winter and they signed to PIAS records in November that year. They later signed deals with Dew Process in Australia, Art's & Crafts in America and Hostess Records in Japan. They released their debut album 'Language' in May 2012, which features the singles 'Silver Tongue', 'We Should Be Swimming' and 'Key to My Heart'. All three singles were picked up for playlist on BBC 6 Music and XFM and have been played across national and international radio including support from Radio 1. Guy recorded all the drums for this album with acclaimed producer Tom Morris in 'Fortress Studios' and 'The Pool' studio.
Guy has been busy touring with Zulu Winter since Autumn 2011. Live festival appearances have included SXSW in Texas, Reading and Leeds Festivals, T in the Park, The Great Escape, Bestival, Pukkelpop in Belgium and Eurosonic and
Lowlands in Holland. International touring has taken in most of Europe, an Australian tour, Canada, Japan and America. As well as a UK headline tour last May Guy has been on support tours with Friendly Fires, Foster the People and Keane playing in several 2-3k capacity venues, including Brixton Academy, Shepherds Bush Empire and most of the O2 Academies. His most recent tour was supporting The Kaiser Chiefs on their latest UK tour, which culminated with a performance at Brixton Academy.

Zulu Winter is now taking some time off the road and Guy is recording and engineering their second album in London. He has also recently taken on two new live project's: playing drums for the indie band 'Cymbals' and for electronic producer 'Midnight Davis' who recently performed at the Roundhouse Rising Festival. At the end of last year he also worked on some early recordings for a new band called Felt Tip.

Guy has 2 years teaching experience and currently has several private students as well as a drum tuition attachment at The Gower School in Islington.

Further pricing details: I can offer a discount on introductory lessons and monthly block booking.

* PAY NOTHING NOW * Payments for drum lessons are made directly to Guy Henderson.
£30

TRAVEL EXPENSES: If you choose for the Tutor to travel to the Student's location, the Student agrees to pay the Tutor's travel expenses. Estimated No additional fee..

You do not pay in advance to book a drum lesson with Guy Henderson via this website.

The Booking Request Form on this page enables Guy Henderson to get in contact with you to confirm a day and time for the drum lesson. 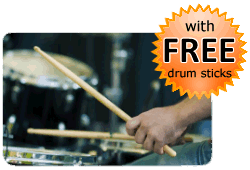